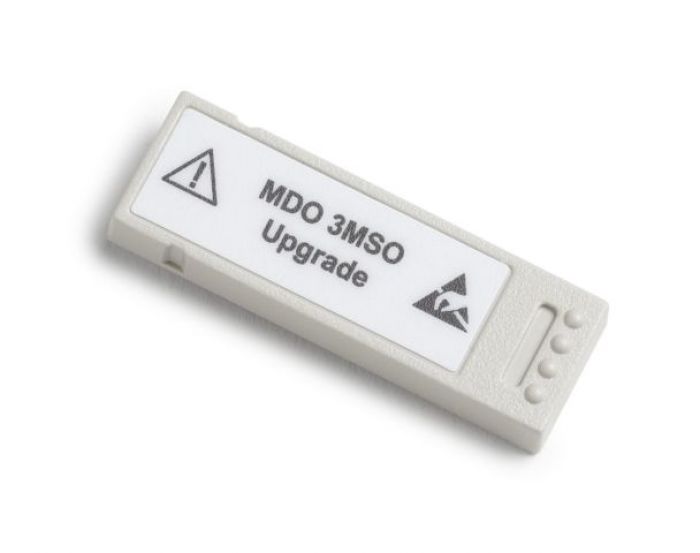 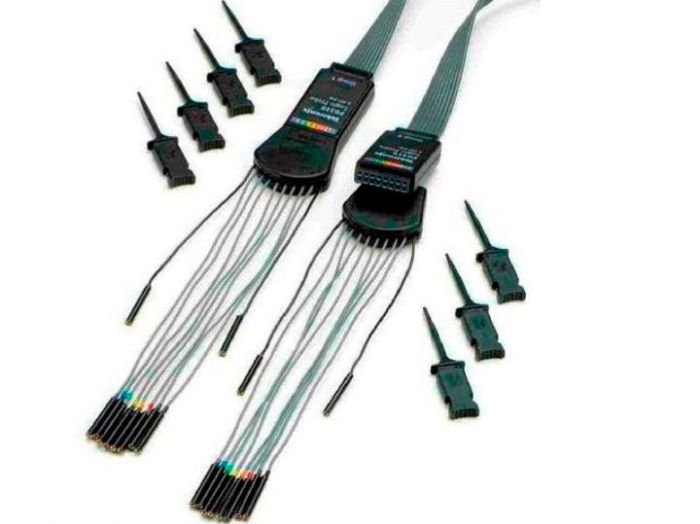 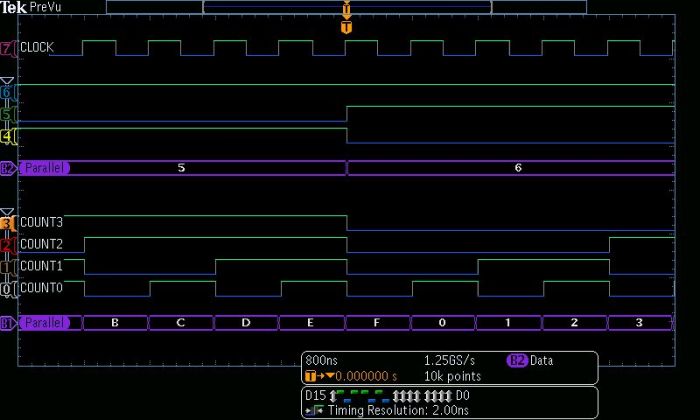 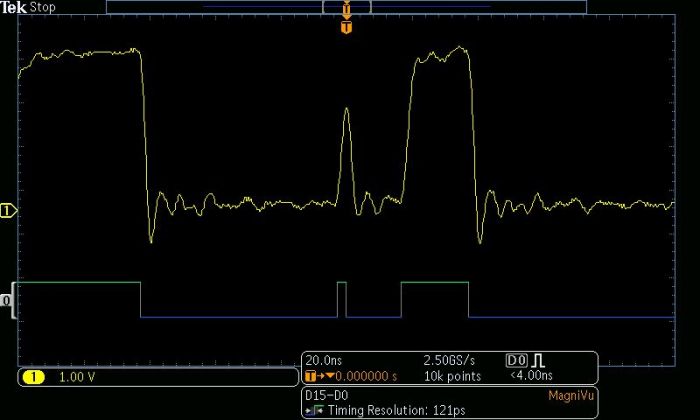 All MDO3000 Series instruments can be preconfigured from the factory with this MSO option.

The logic analyzer (option MDO3MSO) provides 16 digital channels which are tightly integrated into the oscilloscope's user interface. This simplifies operation and makes it possible to solve mixed-signal issues easily.

The multiple transition detection hardware shows you a white edge on the display when the system detects multiple transitions. White edges indicate that more information is available by zooming in or acquiring at faster sampling rates. In most cases zooming in will reveal the pulse that was not viewable with the previous settings. If the white edge is still present after zooming in as far as possible, this indicates that increasing the sample rate on the next acquisition will reveal higher frequency information than the previous settings could acquire.

The main digital acquisition mode on the MDO3000 Series will capture up to 10 M at 500 MS/s (2 ns resolution). In addition to the main record, the MDO3000 provides an ultra high-resolution record called MagniVu which acquires 10,000 points at up to 8.25 GS/s (121.2 ps resolution). Both main and MagniVu waveforms are acquired on every trigger and can be switched between in the display at any time, running or stopped. MagniVu provides significantly finer timing resolution than comparable oscilloscopes on the market, instilling confidence when making critical timing measurements on digital waveforms.

This unique probe design offers two eight-channel pods, simplifying the process of connecting to the device-under-test. When connecting to square pins, the P6316 can connect directly to 8×2 square pin headers spaced on tenth-inch centers. When more attachment flexibility is required, you can use the included flying lead sets and grabbers to clip onto surface mount devices or test points. The P6316 offers outstanding electrical characteristics applying only 8 pF of capacitive loading with 101 kΩ input impedance.