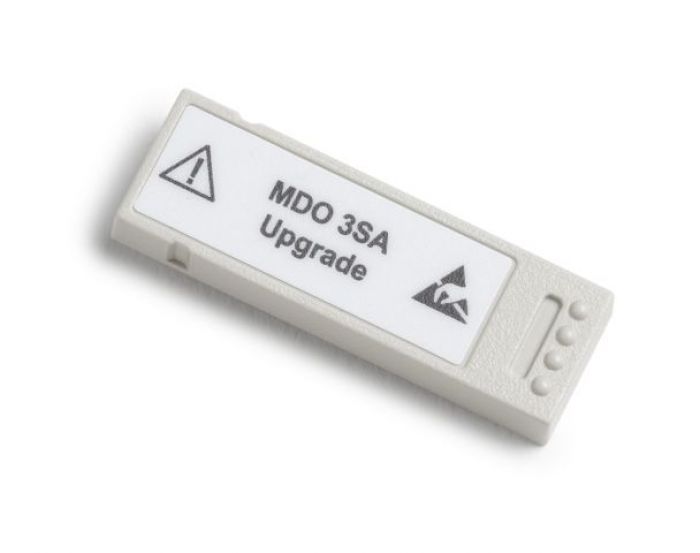 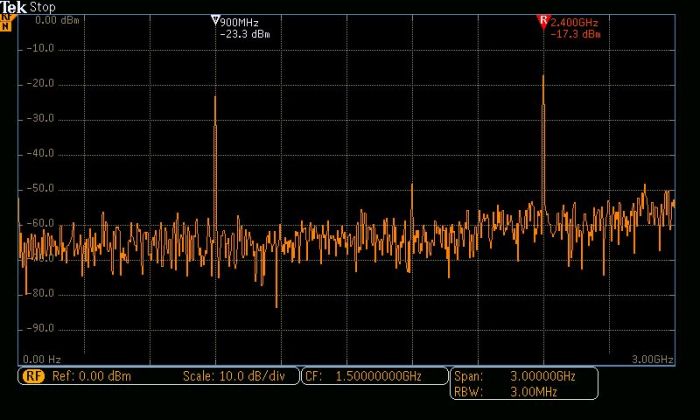 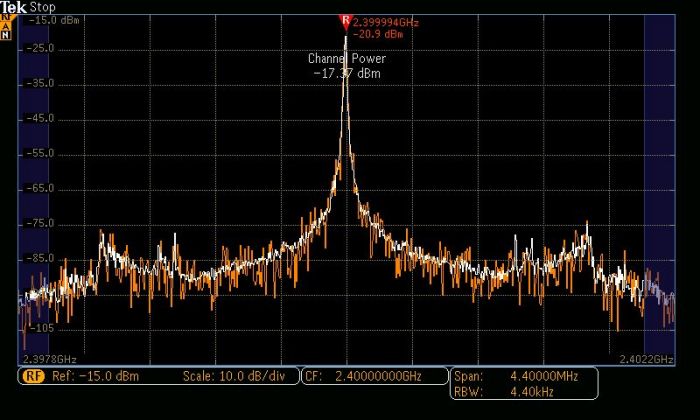 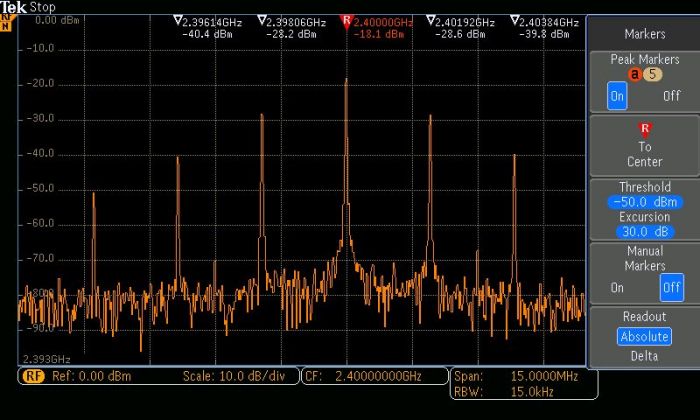 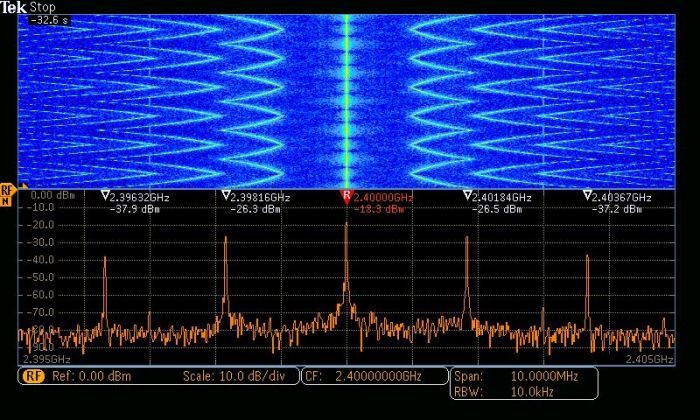 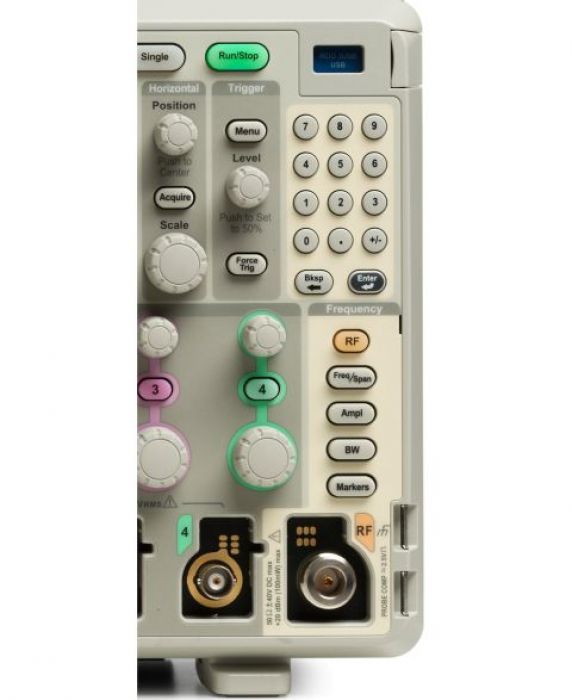 All MDO3000 Series instruments can be preconfigured from the factory with this SA option.

Key spectral parameters such as Center Frequency, Span, Reference Level, and Resolution Bandwidth are all adjusted quickly and easily using the dedicated front-panel menus and keypad.

In a traditional spectrum analyzer, it can be a very tedious task to turn on and place enough markers to identify all your peaks of interest. The MDO3000 Series makes this process far more efficient by automatically placing markers on peaks that indicate both the frequency and the amplitude of each peak. You can adjust the criteria that the oscilloscope uses to automatically find the peaks.

Two manual markers are also available for measuring non-peak portions of the spectrum. When enabled, the reference marker is attached to one of the manual markers, enabling delta measurements from anywhere in the spectrum. In addition to frequency and amplitude, manual marker readouts also include noise density and phase noise readouts depending on whether Absolute or Delta readouts are selected. A "Reference Marker to Center" function instantly moves the frequency indicated by the reference marker to center frequency.

The MDO3000 Series includes a spectrogram display which is ideal for monitoring slowly changing RF phenomena. The x-axis represents frequency, just like a typical spectrum display. However, the y-axis represents time, and color is used to indicate amplitude.

Spectrogram slices are generated by taking each spectrum and "flipping it up on its edge" so that it's one pixel row tall, and then assigning colors to each pixel based on the amplitude at that frequency. Cold colors (blue, green) are low amplitude and hotter colors (yellow, red) are higher amplitude. Each new acquisition adds another slice at the bottom of the spectrogram and the history moves up one row. When acquisitions are stopped, you can scroll back through the spectrogram to look at any individual spectrum slice.

Today's wireless communications vary significantly with time, using sophisticated digital modulation schemes and, often, transmission techniques that involve bursting the output. These modulation schemes can have very wide bandwidth as well. Traditional swept or stepped spectrum analyzers are ill equipped to view these types of signals as they are only able to look at a small portion of the spectrum at any one time.

In order to address the bandwidth requirements of modern RF, the MDO3000 Series provides up to 3 GHz of capture bandwidth. The spectrum is generated from a single acquisition, thus guaranteeing you'll see the events you're looking for in the frequency domain.

The MDO3000 Series includes three automated RF measurements - Channel Power, Adjacent Channel Power Ratio, and Occupied Bandwidth. When one of these RF measurements is activated, the oscilloscope automatically turns on the Average spectrum trace and sets the detection method to Average for optimal measurement results.

The MDO3000 can save the baseband I and Q data from spectrum analyzer acquisitions to a .TIQ file. These files can then be imported into Tektronix SignalVu-PC software for general purpose modulation and pulse analysis or RSAVu for analysis of commercial wireless standards.

Signal input methods on spectrum analyzers are typically limited to cabled connections or antennas. But with the optional TPA-N-VPI adapter, any active, 50 Ω TekVPI probe can be used with the spectrum analyzer on the MDO3000 Series. This enables additional flexibility when hunting for noise sources and enables easier spectral analysis by using true signal browsing on a spectrum analyzer input.

In addition, an optional preamplifier accessory assists in the investigation of lower-amplitude signals. The TPA-N-PRE preamplifier provides 10 dB nominal gain across the 9 kHz – 3 GHz frequency range.

Check items to add to the cart or